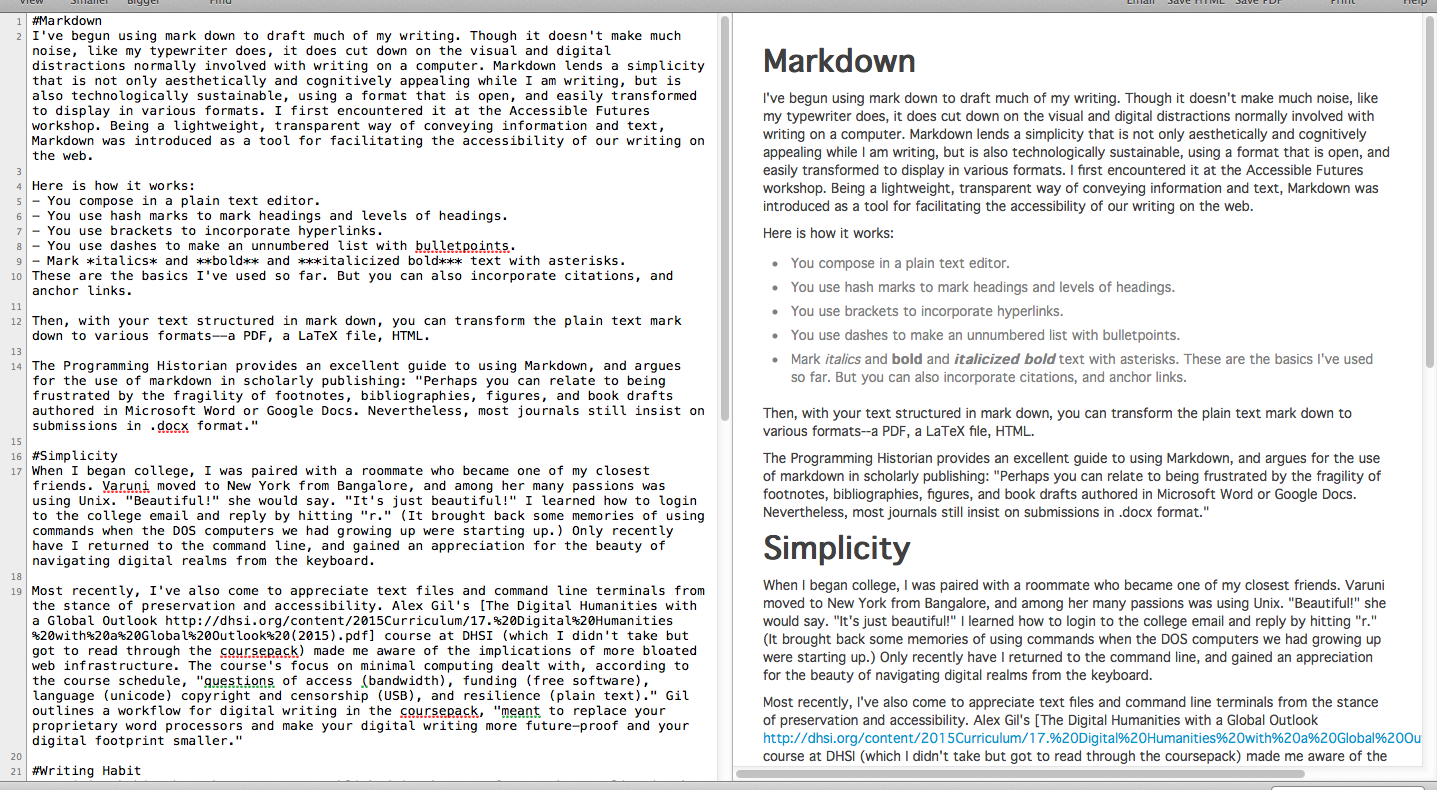 I’ve begun using Markdown to draft much of my writing. Though it doesn’t make much noise, like my typewriter does, it does cut down on the visual and digital distractions normally involved with writing on a computer. Markdown lends a simplicity that is not only aesthetically and cognitively appealing while I am writing, but is also technologically sustainable, using a format that is open, and easily transformed to display in various formats. I first encountered it at the Accessible Futures workshop. Being a lightweight, transparent way of structuring information and text, Markdown was introduced as a tool for facilitating the accessibility of our writing on the web.

Here is how it works: