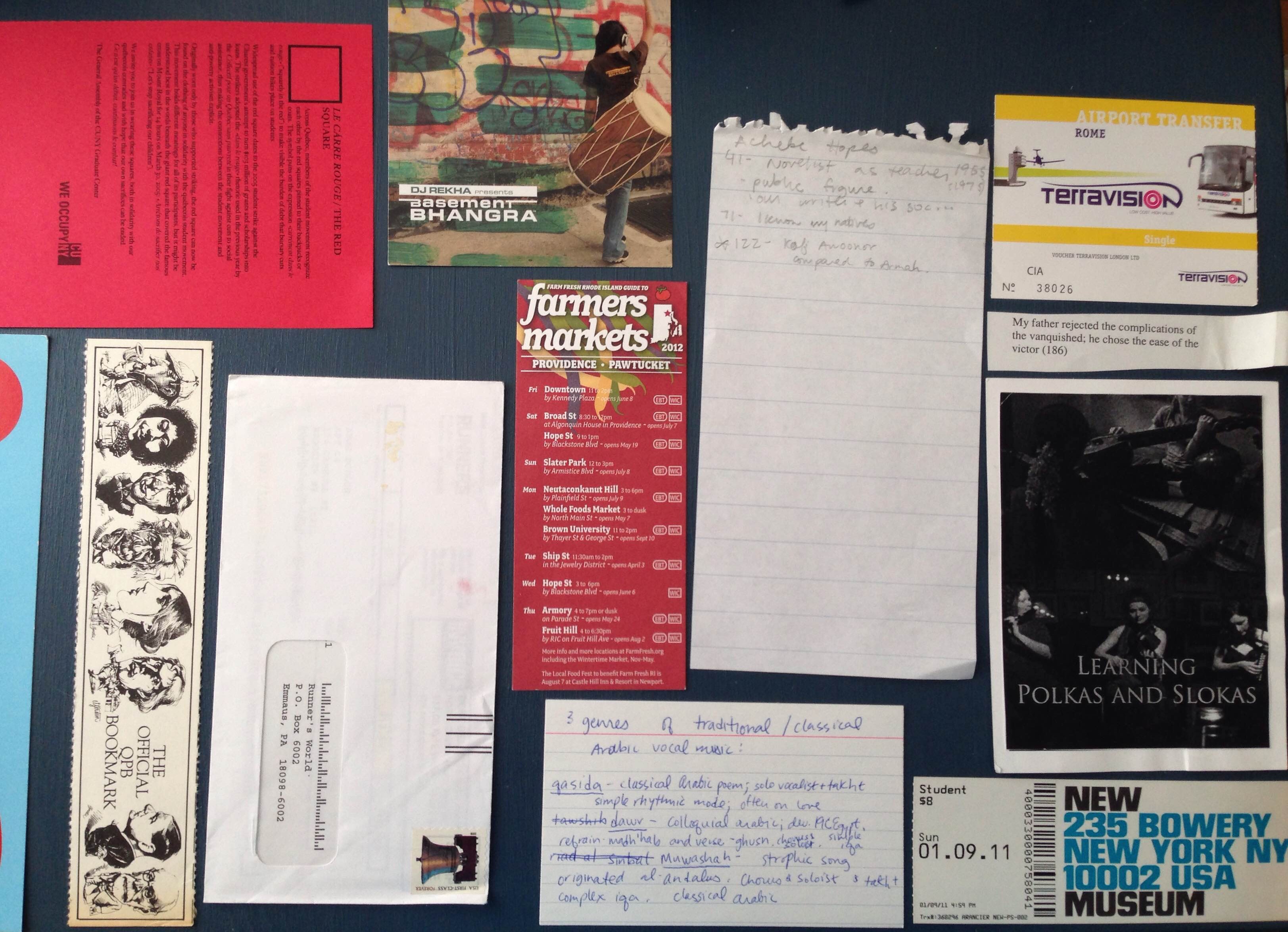 Papers and ephemeral from pages of my books.

This summer, I started to sell books that I decided I didn’t need to own. (It’s a nice way to get them out of the house with some assurance they’re going to be used.) Around the same time I was taking these books off the shelf, and emptying the bookmarks and notes that had been left between their pages, I saw a tweet about the Bibliotecaphilia exhibit at MASSMoCA, featuring “ephemera found in books.”

I got lots where that came from #MASSMoCA #Bibliothecaphilia pic.twitter.com/EuAEJWiNwz

Here, a documentary on my life as a book-toter, a record of ephemera found in books: